What to visit ...
In my settlement, there is a tunnel with a length of 1025 m. It is the longest railway tunnel under the Kowarska Pass connecting Kamienna Góra with Jelenia Góra. Other interesting places to visit in the area below: 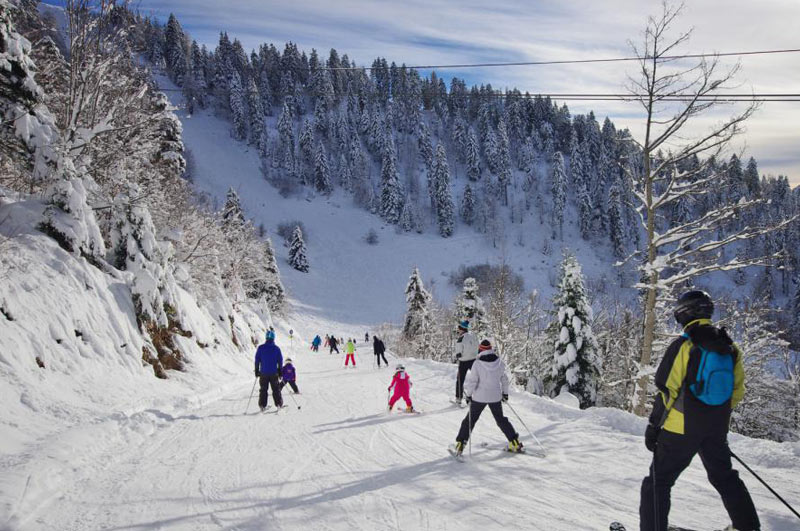 Okraj Pass / Mała Upa ...
On the Czech Side, Karpacz, Czarnów 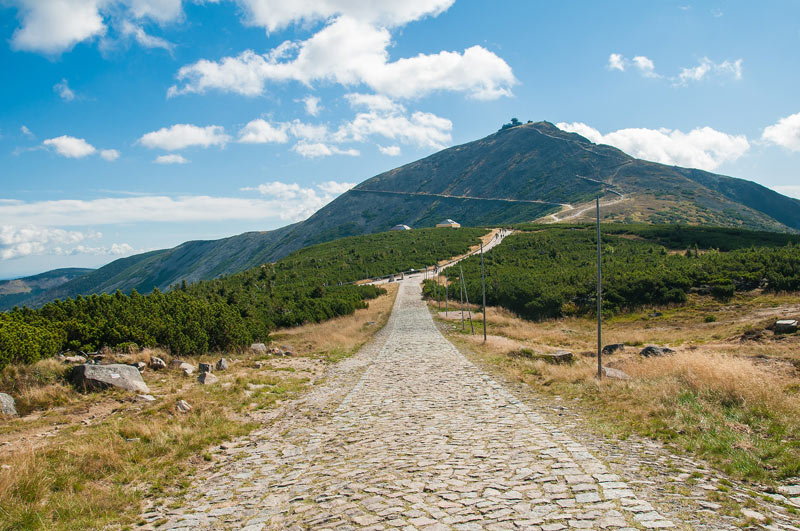 The highest peak of the Giant Mountains and the Sudetes, as well as the Czech Republic, the Lower Silesian Voivodship and the whole of Silesia 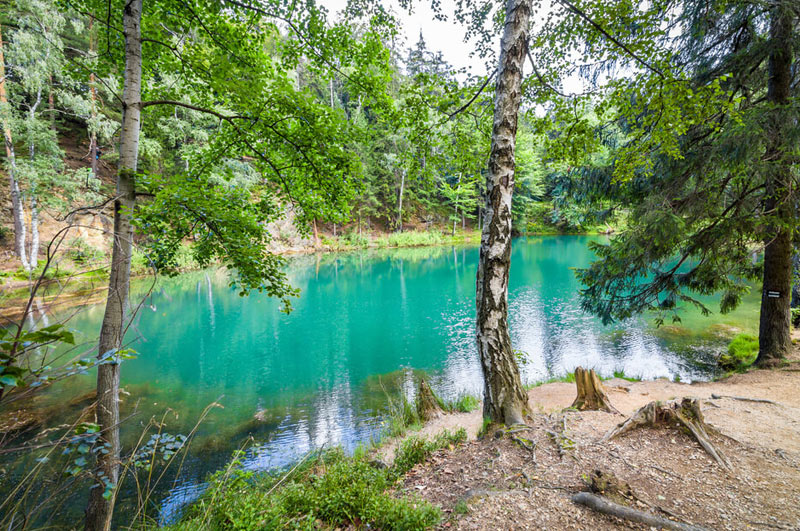 Rudawski Landscape Park which borders directly with my settlement. You will also see a colorful lake 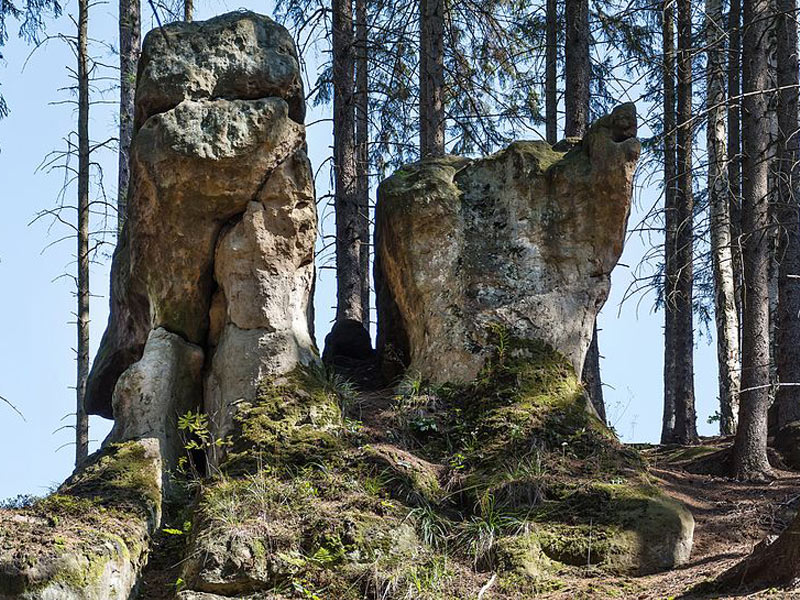 Bolków Castle
on the castle hill
The building covers 7600 m². Built on the order of the Legnica prince Bolesław II the Rogatka called Bald. In the lower part of the tower there is a former hunger dungeon. 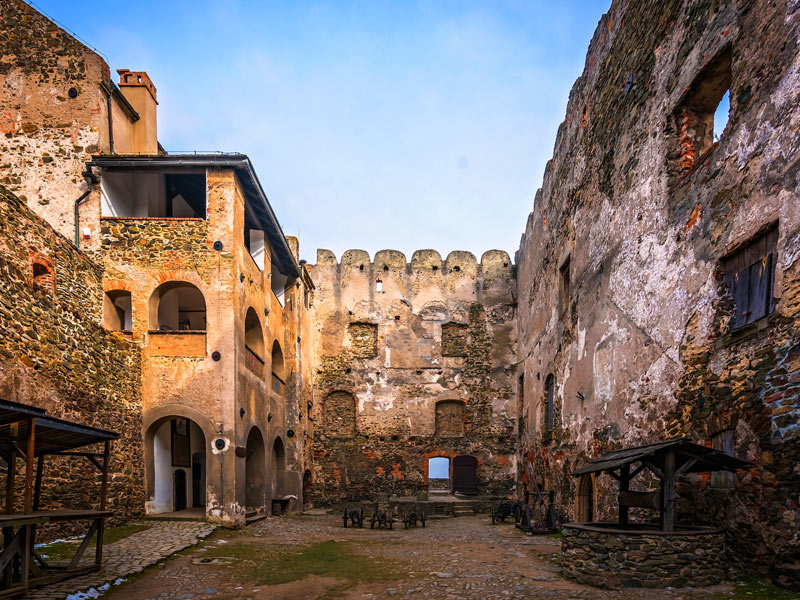 Proshot
Paintball events
Proshot Paintball is a place of perfect and safe shooting entertainment, where everyone, regardless of age, will be able to try their hand at paintball, archery or archery tag. 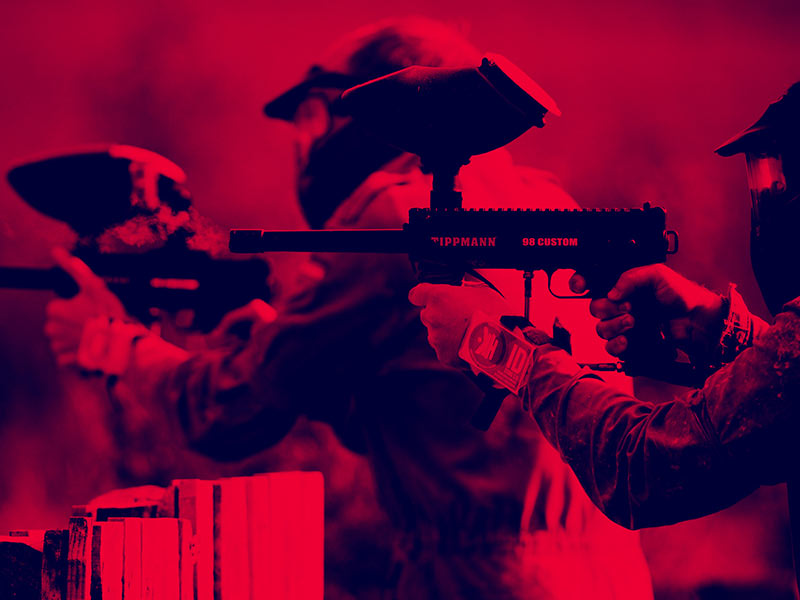 Chojnik Castle
The brick castle was erected in the 1950s. A cylindrical tower stands on the north side, and a shell tower in the north-east corner. Along the curtain walls are residential and farm buildings.
The gate connects it with the middle castle. 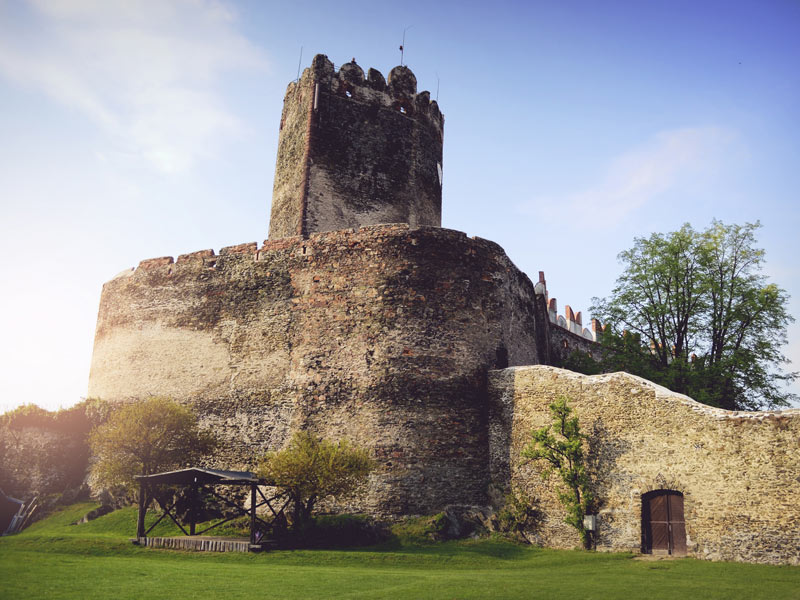 Rock town
Rock labyrinth / a set of rock forms for shaping the Earth's surface: rocks, pulpits, towers or rock mushrooms, etc., clustered near each other and separated by narrow chasms.
The city is divided into two parts, which are visited separately. 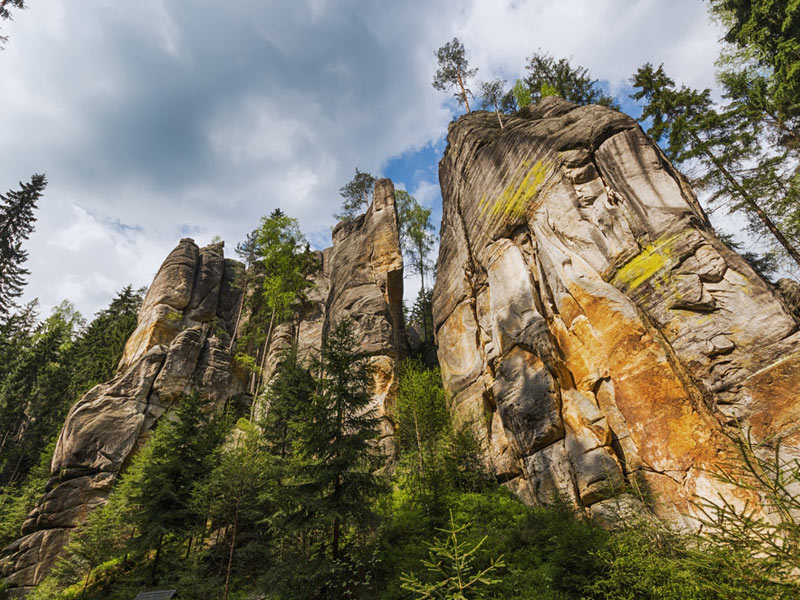 Basilica of the Assumption of the Blessed Virgin Mary in Krzeszów
A baroque church that was part of the former Cistercian abbey built in 1728 - 1735. On the portal and the facade of the sculpture of the Prague sculptor F. Brokoff. Rococo interior, stalls and organs carved by A. Dorazil 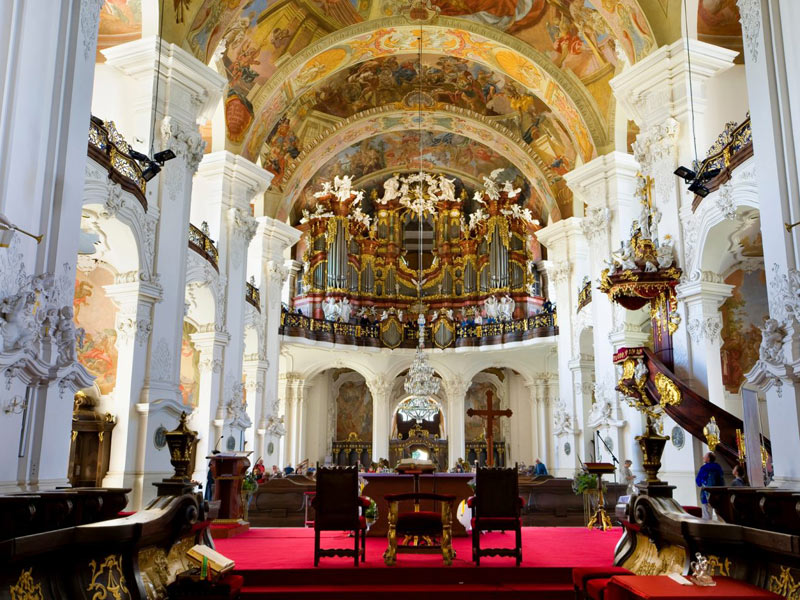 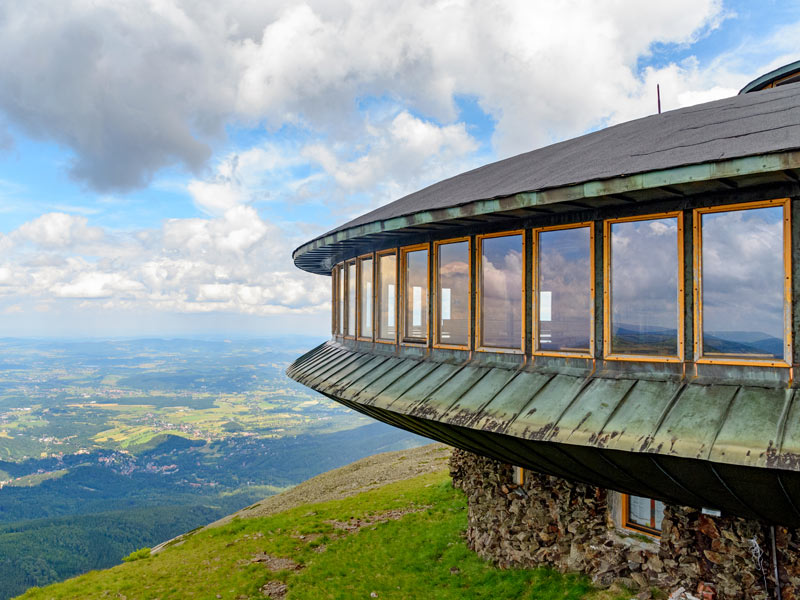 Other interesting places to visit in the area ...
Szklarska Poręba
✔ Karkonosze Museum in Szklarska Poręba
✔ Death bend (on the exit towards Świeradów, it is the most famous death bend in Poland)
✔ Snowy Boilers (Snowy Boilers consist of two glacial circuses)
✔ Waterfalls (Kamieńczyk waterfall and Szklarki waterfall)
✔ Museum of Minerals (a real mineralogical basin, you'll find impressive and varied specimens here)
✔ Huta Julia in Piechowice (one of the few existing crystal glass producers in Poland, supporting the old traditions of the region, producing hand-formed and polished products)
✔ Wlastimil Hofman's house (inside the house you can see items related to the artist, antique equipment and a lot of paintings)
✔ Chybotek (the highest boulder with a diameter of about 4 m can be rocked)
Wild Waterfall
Anti-stain barrier in Łomnica in Karpacz. One of the more unusual and magical places in Karpacz.
Kowarska uranium mine
Adits in Kowary are underground tourist routes known all over the country. You can admire the underground exhibition on mining as well as the exhibition of minerals, among others agates from the Płoczków fields near Lwówek Śląski.
Love mill - A happy place for those in love
The story of the miller's daughter's love for the Spirit of the Mountains prompted local people to build a commemorative "Love Mill". As the folk parable says: "only here the mill wheel changed flour into flour and turned the lives of people, and the daughter of a miller - she made an equal princess." The grinder has a wonderful power that makes the feeling of love reciprocate.
Chapel of St. Anna in Grabowiec
The current brick chapel. St. Anne, built in the Baroque style, was funded by Count Hans Anton von Schaffgotsch from Cieplice. The construction of the chapel began in 1718 and was completed in 1719. Casper Anton Joseph Jentsch (1699-1757) was the designer and builder. In 1812, the chapel was brought from the chapel of St. St. Lawrence on Śnieżka, a baroque altar with a sculpture of St. Lawrence and some furnishings.
After World War II, the chapel fell into oblivion. The baroque painting from the main altar, painted on a copper plate by the student Michael Leopold Willmann, is missing.
He found himself after many years and returned to his place in 2006.
It turned out that in the first half of the 20th century, for conservation, the picture was taken to Toruń. The overall appearance of the chapel of St. Anna, has not changed much for over 350 years. By the chapel, the thickest sycamore in the Giant Mountains grows, with a trunk circumference of about 4.5 meters.
Miniature Park of Lower Silesia in Kowary
The miniatures placed in it reflect the most important places in the area of historic Lower Silesia. You can find here, among others palaces of the Jeleniogórska Valley, Śnieżka mini-peak, sacred objects such as the Wang temple or the Sanctuary in Krzeszów.
Each of the places has an information plate telling the story of the object.
Giant Mountains - a beautiful region with a rich history and culture
© 2023 Zielone-Wzgórza Bogusława Jura-Zając
Projekt i wykonanie Design Group 1